The kingdom of heaven is like treasure hidden in a field, which a man found and covered up; then in his joy he goes and sells all that he has and buys that field.

Today, Fr. John shared a wonderful homily today. He spoke of his vocation to the priesthood. He felt it was a sacrifice for a greater treasure, to serve God and his fellow men. He wanted to remind us of God’s sacrifices for us. God is the man in the scripture parableÂ who finds a treasure while toiling in his fields. He covers up that treasure so he might return another day and purchase the land and dig up the treasure. He sells all his belongings to return and claim his prize. God did not sell his possesions, he didn’t scrap the earth and all her beauty. He did not sell off the stars in heaven. He sacrificed his only Son. He lays down himself to purchase a great treasure. He purchased us. He purchased me. Men cannot comprehend the mind of God. Who among us could lay down all they possess? And for what? God has absolute faith is us that he would give up everything for us. I love my sons and would sacrifice myself for them. But, one day they will have free will and will make their own decisions and choices. My ability to protect them diminshes. The value of my sacrifice lessens. I have a puny heart compared to God. I have a tiny brain compared to The Almighty. Yet, even in my miniscule attempts to ponder God’s wonder…..I am confounded, befuddled and completely amazed with what he was willing to do for me.

I have spent much time today thinking about this parable. I have an image of a very “human-like” God who finds a vein of gold and decides to cover it up. He seems a bit sneaky, doesn’t he? It made me wonder who he thought might come and lay claim to his discovery. Who could it be that he could not vanquish?

Have you ever been shopping and come across something you really want or something that is an absolute bargain….but you just cannot afford it. You look around sneakily and then hide the item among other things. I remember once, while in college, I found a pair of shoes at Marshall’s I wanted but could not afford. I put the shoes in a mislabeled box and put them in the men’s section hoping to divert any other shoppers from getting my super sweet find. I came back 2 days later and found the shoes easily, hidden amoung the loafers.

Now, God is not shopping for shoes. He wants souls. And I am happy if he tucks me in among the riff raff and comes back for me later. I won’t be going anywhere. 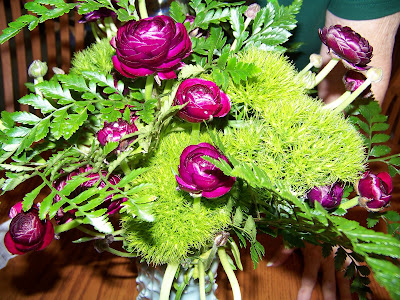