I went and saw The Other Boleyn Girl this afternoon. While it wasÂ a glorious day today, I was captivated by this movie and really wanted to see it. A story of two sisters (and their brother). Betrayal. Deception. Love. Duty. Sacrifice. Selfishness. Ambition. Most people know Anne Boleyn was one of the wives of Henry VIII. She is the reason for Henry separating England from the Catholic Church. He wanted a divorce from Katherine of Aragon, his 1st wife. All this to bed the bewitching and beguiling Anne. What a story.

Since the dawn of civilization, women haveÂ beenÂ chattle, property and used to influence othersÂ all for ambition and power. The consequences are devastating and all the more terrible that they are true. The most potent line in the movie was when Anne’s mother tells her that she must learn the “true art of woman” which is to get a man to think he is making up his own mind and not being influenced. Boy, does she ever!!Manipulation. It is a wicked and devious position.Â  Anne’s sister, Mary was also thrown into the path of the king and actually bore a bastard son, too. She is the good sister and the only Bolelyn child that manages to keep her head. She remains neutral in her position, but not in her heart. She loves her sister completely. She knows her sister’s heart is misguided. She does not judge or condone. She loves her anyways.

I wish to be like Mary. I mean the Mary in this movie, but also the Holy Mother. Listen to God. Acquiese to God. Do what is right. If you cannot DO, then at least pray. Some days I hear God say to me clearly……”Don’t DO anything, just pray.” I have faith God is doing His job and does not need my help (or commentary). I must learn not to run quickly at the task of DOING….for myself or for others. I must pause and let God DO. 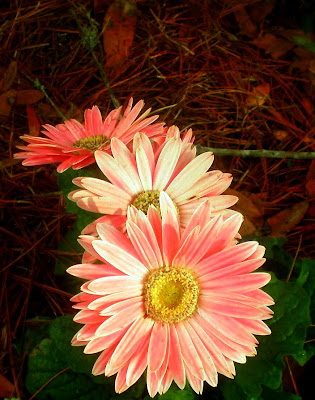