My hometown had a massive black out today. Miami (and much of south Florida) fell off the grid for several hours. I grew up in a little area called Cutler Ridge and south of that area is the Turkey Point nuclear power plant. There was some type of transmission failure and the nuclear plant simply shut down. It triggered rolling blackouts all the way up to Tampa on the west coast of the state. This most southeastern tip of Florida is fully developed. It is a well-lit area when seen from satellite images. For nearly 125 miles, the southeastern coast is electrified and illuminated. Thank God that the power went down in the middle of the day. The sunshine state flounders in total darkness. As a Dade County ex-patriot, I moaned aloud at the thought of total darkness.

It reminded me of Andrew.

For anyone not familiar with massively destructive hurricanes, it is usual and customary for survivors to drop the surname of “Hurricane”. We are all on a first named basis with Andrew and Opal, Floyd and Katrina. Basically, hurricanes are the only events that knock Florida off the grid. We don’t have snow or sleet or freezing rain. Sure lightening or the occasional yahoo crashing their car will knock out a substation and a neighborhood will lose power. Today over 4 million people were without power. Tonight, a half million are still without power. The scary part is that most of those people probably have a Rubbermaid bin in their house or garage with “supplies”: battery powered lights, a gas grill and an igloo cooler.

We take so much for granted. Power. You plug in the coffee maker and Viola…..coffee. You pull up to the gas pump and Tah Dah! Pump gas. Our utilities are splendidly efficient (even for the colossal power outage that happened today). Our little meters click away and the meter reader records it and we pay out bill and the fridge keeps running. A modern day miracle.

Losing power reminds us of how truly fragile our world is. Like an upside down umbrella, teetering and balanced on a point, it revolves around POWER. Not money. Power. I could have had three trillion gold bars standing in the middle of Brickell Avenue today and not been able to get a Cafe Cubano and a Media Noche. Although, I am sure the generators have all been dragged into the driveways with miles of snaking orange extension cords connecting them to the breaker boxers so everyone can watch WSVN news or American Idol. Priorites people.

Power gives us the sense of security. Lights. Air conditioning. A secured home. An alarm. A phone (because most require electricity). Law and order are sustained by power. Andrew proved that. Any of us who had to traverse the National Guard check points to get into and out of the “ZONE” to our families remembers the fear driving down US1 after Andrew in total darkness. Creepy.

Anyway. I pray for calm. I pray for law and order. I pray no crazy Miamians rioting because it is hot and there is no TV. As long as Castro doesn’t die tonight, Miami should be safe. If he dies AND there is no power…..I think the southeastern tip of my state will crack off and float across the Florida Straits to Havana. 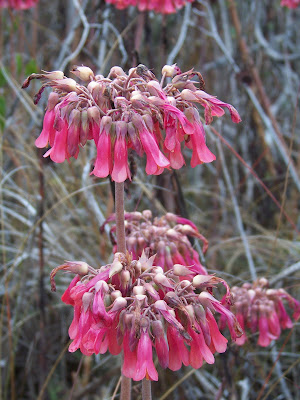