I listen to NPR podcasts. They take segments from their various shows and bundle them into categories. I listen to the NPR Books and the NPR Music casts while I walk or garden. Today I listened to a review and interview with the authors of The Daring Book for Girls. It was written as a response to The Dangerous Book for Boys. It made me think about my childhood.

I grew up the youngest of three girls. We were far apart enough in age that we didn’t play together. I had my best friend until 4th grade, Mary Catherine (M.C.). There was also a peck of boys on our block: Joey, Scotty, Chris and Greg. We lived across the street from a public park. The park had a “tot lot” which was a huge sand lot with swings, jungle gyms, rocking horses on giant springs, money bars. There was a giant steel covered wagon that we climbed all over. A fort with a poll down the middle and a giant slide. I look back and NOTHING like would ever exist again. It was a huge liability. And we ALL got hurt over there. Stepping on glass. Swings crashing into our heads. Jumping over the sides of the fort into the sand below and breaking arms. Stitches and concussions.

There was also a public pool, soccer fields and baseball diamonds. We could roam as far as we wanted as long as we heard my father whistle. If he had to cross the street and come get us, we were in serious trouble. When we heard the whistle, we took off running for home. And we ran. We rode bicycles. We “ratted” around. We were free. Independent and unsupervised. We jumped rope. We did Chinese jump rope. We played Box Ball which is now called Four Square. We stole matches from the kitchen and set the Melaluca tree trunks on fire. We played Red Light Green Light. We played “500”. We played hopscotch. We climbed trees. When I was very young there were actual cherry trees (variety unknown).  There were also all kinds of trees to climb. We would haul our blankets and stuffed animals up into the trees. My dad would give us 50 ft of rope and an aluminum bucket to make a pulley for our tree fort. We played WAR. We used “itch berries” for ammo. These berries came off some variety of palm. They were large like dates but hard and covered with a “fur” that imbedded into your skin if pelted hard enough. We played for hours. We came home filthy. Of course we did all of this BAREFOOT except Joey and Scotty, who did it in sock feet. God forbid, no one lets their kids play barefoot. I remember my mom making us wash our feet in the hose in the front yard instead of the bathtub. They would be black. The thought makes me queasy now. We played hand slap games. “Say Say Little Playmate”. We had Jacks. A Pinky would entertain us for hours. A Pinky, for those not in the know, was a Pepto Bismol pink rubber ball about the size of a tennis ball. We were free.

Are our kids free? Do they roam? Are they let loose? Were we in danger? Is there that much more danger now? I don’t know. But we had fun. We had sweet friendships and a world separate from our parents and most grown ups. 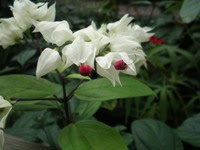